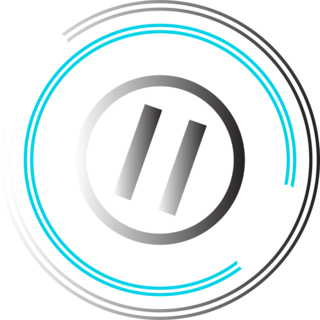 I've never been interested in doing a DNA test from sites like Ancestry.com or 23andMe. My background is that my dad was from Cambodia and my mom is half Japanese (Okinawan) and half Irish, so what else is there to know? And every time someone has asked me "where are you from?" my answer is always the same… Texas. And, I'm half Cambodian, a quarter Irish, and a quarter Japanese.

Low and behold, my wife got me a DNA kit for Christmas, so I said, "why the hell not," and spit a good amount of saliva into a little plastic tube and shipped it off via USPS. During that processing time, I started to uncover a little bit of information on Ancestry.com and searched for information on my parents in hopes of just creating a little family tree, which is basically what the site is for - to grow your family tree. They have all kinds of records – birth, death, immigration, marriage, every kind of record possible, for the United States. To say the least, there isn't much information on Asian people coming into the United States, other than a boarding pass from when my grandmother came from Okinawa in the '50s.

Uncovering the little information that I could, it left me feeling, meh. While I have two brothers, aunts and uncles, cousins, and all the rest of them, I don't have any contact with any of them. Not even my parents. It's a complicated story that may or may not be in a future blog and a situation that still leaves me a bit lonely, especially during the holidays, because I don't have immediate family. Fortunately, I do have amazing people in my life that I call framily, and I have an incredible wife and mother-in-law, so I'm not actually alone, just wishing I had more family to connect with. Grief has many faces.

Nevertheless, yesterday I got the test results back.

There were many, many shocks. I mean, I'm literally shook to my core because I was not expecting the results that I got. While I can confirm that my parents are in fact my parents (I was thinking about worst-case scenarios), I'm not what I've always believed that I am.

You have to understand something. Asian-American people are ALWAYS asked, "where are you from," and it's because people want to know what nationality we are. I get it, it's not necessarily rude to ask, it's just annoying to always have to talk about it, especially when I'm American, first and foremost. Also, Chinese people always do the same thing, and they're usually very disappointed when I say that I'm not Chinese. Or at least I think they're disappointed?

The fact of the matter is, I'm Chinese.

My DNA says that 37% of it is from Southern China. THIS IS CRAZY! I'm Chinese. For nearly my entire adult life and probably some moments in my childhood, I have been telling people that I'm NOT Chinese, and I am.

The other thing is, I'm not Irish. I'm Scottish.

My whole identity has now been blown open! Furthermore, after contacting a cousin that I have in Cambodia, she confirmed that our grandfather was half Chinese. HALF CHINESE! I was thinking that the Chinese probably came from hundreds of years ago, but no! My grandfather! It's crazy and I'm still processing it. But here's what else I'm uncovering about myself…

I've never really had family around. I grew up an only child, was in foster care, and didn't have any relatives growing up. When people talk about their family this and their family that, I cringe and hope the conversation will move in a different direction so that I don't have to stand awkwardly and uncomfortably tell people that I don't really have immediate family. It's a strange position to be in, especially being Asian because that culture is known for having tight-knit families where multiple generations live together and everyone fully respects the mother and father, regardless of how old or young they are.

But when I got the results, I wished that I could talk to my immediate family about it. I wished that I could share the shocking results with my brothers or ask my parents more about their backgrounds. I wished I could hear stories or gain even more information about my DNA truths. And I got caught in a sort of whirlwind of emotions and broke down in sadness and barely slept last night because my thoughts were swirling around, memories were deceiving me, and I just felt sad.

When I got up this morning, I talked to my wife about it, and she gave me advice that I instantly felt resistance to. She said that I should reach out to people – the aunts, the cousins, and whoever else so that I can hear more of the story. She hates to see me upset, and she even felt bad for getting the DNA test for me, but she thought that it would be good for me to see my ancestry.

Needless to say, I took her advice and reached out to the cousin who told me our grandfather was half Chinese, and I also connected with a relative who popped up on Ancestry.com who shares 15% of DNA with me and is listed as 1st – 2nd cousin.

After finding out that she is indeed my 1st cousin (she is the daughter of my mom's brother), I also found out that we're only about two years apart (1 year, 6 months, 21 days) and she only lives 2 hours away from me.

I'm shook, yet again. I thought that maybe she was younger and, in some state, far away. I thought that she probably was going to talk about her big-ass family and just see my message, say hi, chat a little bit, and then not chat for a couple of years. I didn't think that it would be a big thing, but it turns out, we have a lot in common!

We chatted all morning, became friends on Facebook, stalked each other's Facebook, and talked in a way that seemed like we've always known each other. It was an instant connection to start chatting with her, and I know that we JUST started chatting, but I feel good about it. She's just as excited about meeting me as I am, and we share very similar interests and hobbies, we have similar backgrounds and pain bodies (yes, we got deep already), and we seem to have very similar personalities (based on texts, alone). We're already planning on meeting each other in a few weeks.

I don't know where this will go. I don't know what doors are opening and what I'll uncover as I tap into this Chinese heritage that I have. But what I do know is, I have a cousin! and that is a major blessing in my life. It's what I needed, and maybe it's what she needed too.

What I'm confident about and what I know to be a truth is, when we're in our darkest moments, those sad moments where no one sees your tears, there is hope. There is light. You can't see it because your eyes are closed when you're crying and the tears blur your sight, but there is a light in the dark valleys because life happens for us to learn and grow, it's not happening to us as punishment or anything like that. So, after being in a valley for a day, I'm a testament to the fact that it gets better. Even better than I would have ever expected.

Maybe blood IS thicker than water.